it took four loads, but he did bring his sheets and towels

Posted on October 21, 2012 by librerrywumman

Mouse is home for the week, and he is full of stories. It’s like when he was little and I sometimes picked him up from primary school on a Friday afternoon and we walked home (about half a mile), when he had so many things to tell me in such a short time that he would trip his words because he was rattling on so.

I feel very privileged that he wants to share, and he is obviously having the time of his life 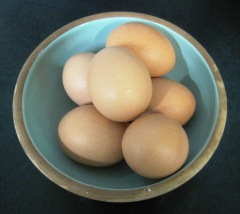 (away from us) making new friends and having new experiences. He even likes all his classes, although he has about the same opinion as I do on Wuthering Heights. Being his father’s son, he is still cooking for himself every evening, although not in his own kitchen, because apparently that is always full of drinkers – he and some friends go upstairs and use someone else’s kitchen! He has even found a source of free-range eggs…. I found it quite astounding that not only is there a girl on his floor whose family keep chickens and who therefore brings back free-range eggs every so often, but that also, in that kind of ‘it’s a small world’ way, I actually know her mother.

He’s happy, which is all I require.

By the way, I did make him do his own washing.